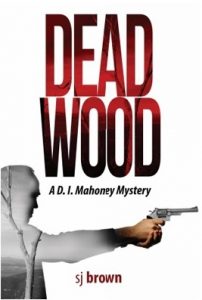 I have just finished a book by an author that I have never heard of who goes by the name of S.J Brown. He lives in the hills above Hobart.

It’s a book about a fictional gruesome double murder occurring in Hobart and then a body found up at Bridport in the NE and a detective by the name of D.I. Maloney hunting for the killer and accomplice with his team and uncovering a high level orchestrated plan for the murders to take place financed by one of the most wealthy and powerful men in Tassie.

I thought the book was brilliantly written with very good descriptions relating to the places it was at. I could picture them in my mind since it’s the city that I’m most familiar with. The way it was written was full of very graphic descriptions about the murders and it was full of cynical humour throughout the book. The main character had his own personal relation problems. It really took you into the way the police sort out serious crimes and the end was really good knife edge stuff I thought.

I did think the book was a bit bogged down in certain chapters and the end went on a bit to long after the final showdown when referring to certain characters and with complicated boffin language used quite frequently that the ordinary every day Jo Blow probably wont get but just reading through it will lead you into another riveting part of the story that you can pick up quite quickly. The book did have some very descriptive sex scenes in it but that just added to the real grittiness of the whole story I thought and the murders were described very graphically which mightn’t strike a cord with some readers who might be put off. It would probably appeal to mature male readers more, maybe female too, but the subject is very blokey even though there were female characters in it.

It is a pretty relevant book about the Tasmanian political system and how big business operates in this state. I thought to round it off, it’s a brilliantly written book, one to read if you want to know about some of Tassie’s social history that you might not know about.

Deadwood is currently on sale in Fullers Bookshop for $20 or if you buy SJ Brown’s debut novel High Beam you get that one free. It’s well worth it. I think you’ll be hooked on this author. Hope he writes more. 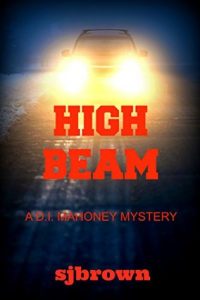 The second book I have read is actually the first book by the same author introducing two of the books main characters, the detective D.I Maloney and a shady business tycoon by the name of Rory Fothringham. The book is based in and around Hobart.

The book starts off with a body of an up and coming football star with the AFL Tassie team the Tassie Devils being found on a building site and the secrets and lies of the crime going all the way up to the top of professional sport and the corruption too.

It is once again a book with very little action but it is a really good story digging into the way the police force handle serious crimes . The main character is very believable and has a firm grip on his work colleges who all really respect him and he respects them. The suspects are written just how they would react and talk.

The book did seem to be heavy in some of the language I didn’t know what it meant. I suppose you could google the meaning if you wanted to. There was no steamy sex scenes in this book but there were descriptions of secret affairs. It is book aimed at mature adults mostly male I thought it’s a very blokey book but females would like it to if they’re into a good crime read.

I thought to round it off High Beam is one of the most realistic crime books around and being based in Tasmania I could picture myself in those places they went. I thought the book was a really good read, not to long and probably one for a rainy cold day or so that you don’t stare a the television all night if there’s nothing decent on. The characters are spot on and it definitely feels like home when you read it. A full five out of five read I thought.