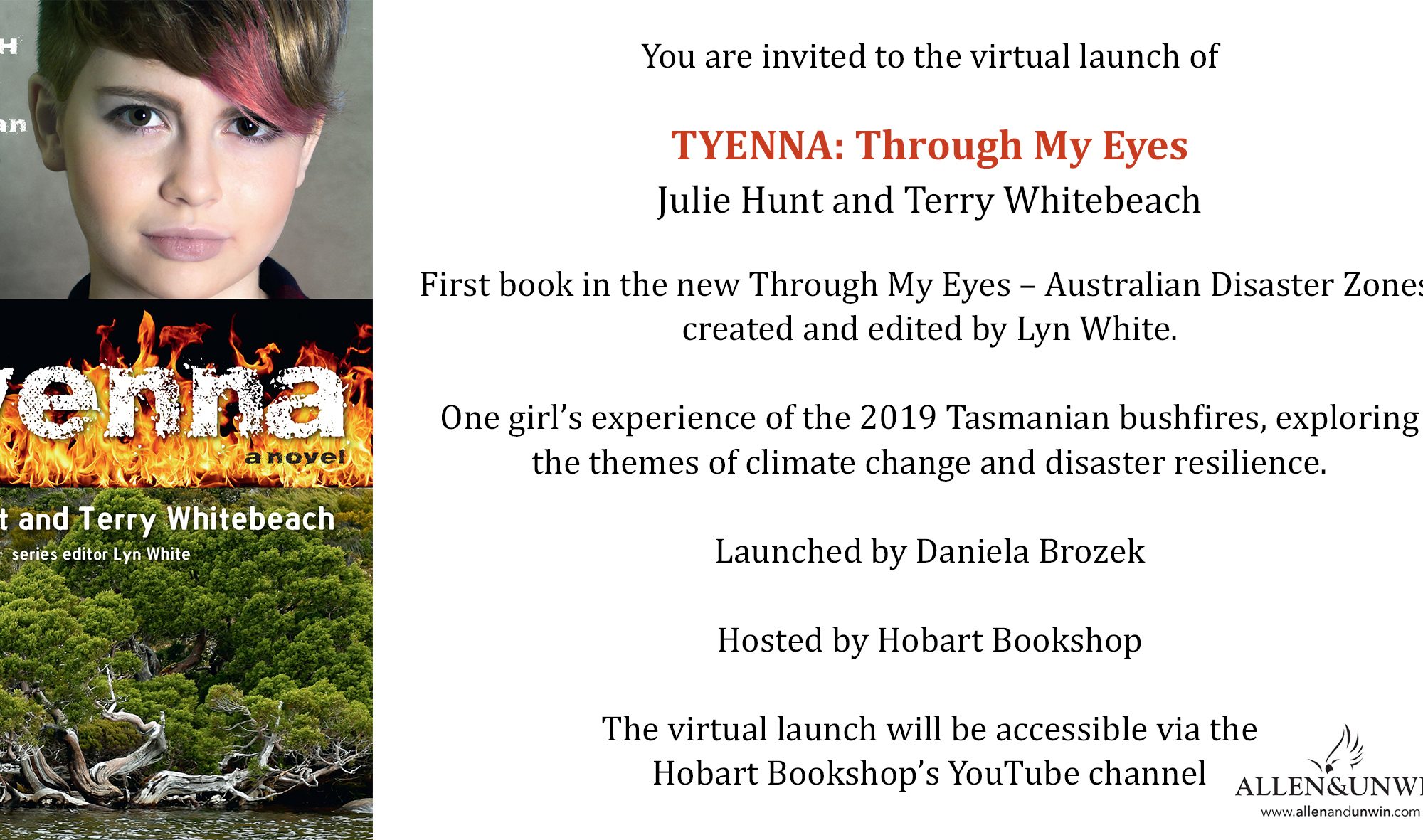 It was an honour to be asked to ‘virtually’ launch Julie Hunt’s and Terry Whitebeach’s new children’s novel, Tyenna (published by Allen & Unwin Books). The launch was hosted by Hobart Bookshop and you can join us whenever it suits you! No need to worry about getting to the usual awkward 5.30 event timeslot, whether you’ll leave with a nasty infection, or the carbon impact of your trip,[1] just follow the cyber highway to YouTube…

Read more about the book below.

Tyenna is the first book in Allen and Unwin’s new Through My Eyes – Australian Disaster Zones series, created and edited by Lyn White. The story flows around the eponymous hero, Tyenna’s, experiences during a bushfire affecting her grandparent’s community, in the central highlands of Tasmania. Although the place, people and events are lightly fictionalised, Tyenna is based on the 2019 Tasmanian Bushfires and set one of the communities most affected by those fires. Both the place and people are beautifully depicted, with all their variety and diversity.

Tyenna explores the themes of climate change and disaster resilience, through Tyenna (Tye’s) eyes. Faced with a moral dilemma – a missing boy who doesn’t want to be found – and the terrifying chaos and uncertainty of the fire, readers follow Tye’s adventure. Like all good adventures, it’s also an inward journey too, as Tye grows into her community and her sense of self.

Tyenna is an engaging and suspenseful novel, suited to young readers aged about 11 to 14.

A more in-depth reflection on Tyenna, essentially the notes for my launch speech, can be found here.

1. Watching videos online does have a Greenhouse impact of course. According to a 2019 study, consumption of YouTube and social media video clips accounted for a third of global video streaming traffic, emitting as much carbon dioxide a year as Belgium. ↩