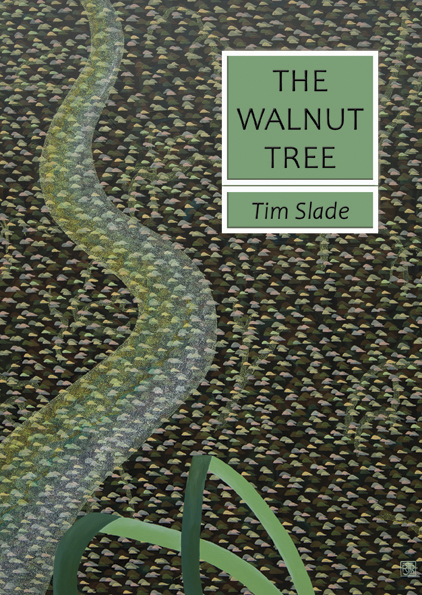 The Walnut Tree, by Tim Slade

Black and white with colour cover.

The Walnut Tree is Tim Slade’s debut collection of poetry. It is audacious yet down-to-earth writing, rich with the language and icons of the bush and suburban contemporary Australia. He writes of cricket and music, mountain biking, snakes, echidnas and extinctions, and of the effects of our social and industrial landscapes on the human body, psyche, and other species. He engages, often humorously, with poets such as Les Murray and Clive James, as well offering a response from the heart to Indigenous culture and Country.

Slade’s poems have been published widely, including in The Weekend Australian, The Koori Mail, Australian Poetry Anthology, Growing Up Disabled In Australia and Cordite Poetry Review. His work has received praise in the Margaret Reid International Poetry Prize, the Janice Bostock Haiku Award, the Australian Cricket Poetry Prize and the Henry Lawson Festival Award.

“Real poetry involves not only a love of words, but also a vulnerability to life, an ability to feel its power. Tim Slade is a real poet who honours his island home with the sensitivity and sense of his attention. And he honours poetry by the acuteness of his reading, the depth of his vocation. The Walnut Tree is a fine debut, appealing to lovers of Tasmania, and to anyone interested in Australian poetry.”

“Tim Slade finds the inner-side of a place, person or event, he understands the natural world, what I call the All-life, and he has a unique way of presenting it in poems. Tim has his poet’s ‘refuge’ in Pioneer, a small town in north-east Tasmania with a history of Aborigines, Chinese miners, and colonial development. His first collection of poems, The Walnut Tree, has a touch of reality for everyone, an inkling into how he, as a poet, sees the world around him. Enjoy the reading, lose yourself in Tim Slade’s poems, find his poet’s philosophy, I commend this art to all.”

“Tim Slade’s poems are finely honed in subtlety, rich in implications. They are funny, and sad, and smart, and most of all, loving. These are poems of presence and of absence, of delight in people and places, of linguistic pleasure, by turns luminous and pragmatic. Often they come in portraits, sometimes strikingly spare with pristine enjambment; at other times they command form, tone, and sound-music, transcending these with delicate emotion. Tim’s is a true and strong voice in Australian poetry.”

“Tim Slade writes believable and colourful poems relating to the beauty around him – family, friends, penny-farthings, a tiger snake, the last thylacine, wombats, a supermoon and Aussie icons – Clive James, the game of cricket, a Torana, gum leaf players and the Hills Hoist.

“This poet has a certain shimmer to his writing and deserves to be read.”

Born in 1976, Tim Slade was raised in the industrial suburb of Lutana, in Hobart, Tasmania. He graduated from the University of Tasmania as a school teacher, but his career was curtailed early by chronic auto-immune illnesses. In 2009 Tim moved to the town of Pioneer, where he has investigated the health risks associated with heavy metal pollution in drinking water and actively advocated for the reform of Tasmanian water policies and practices.