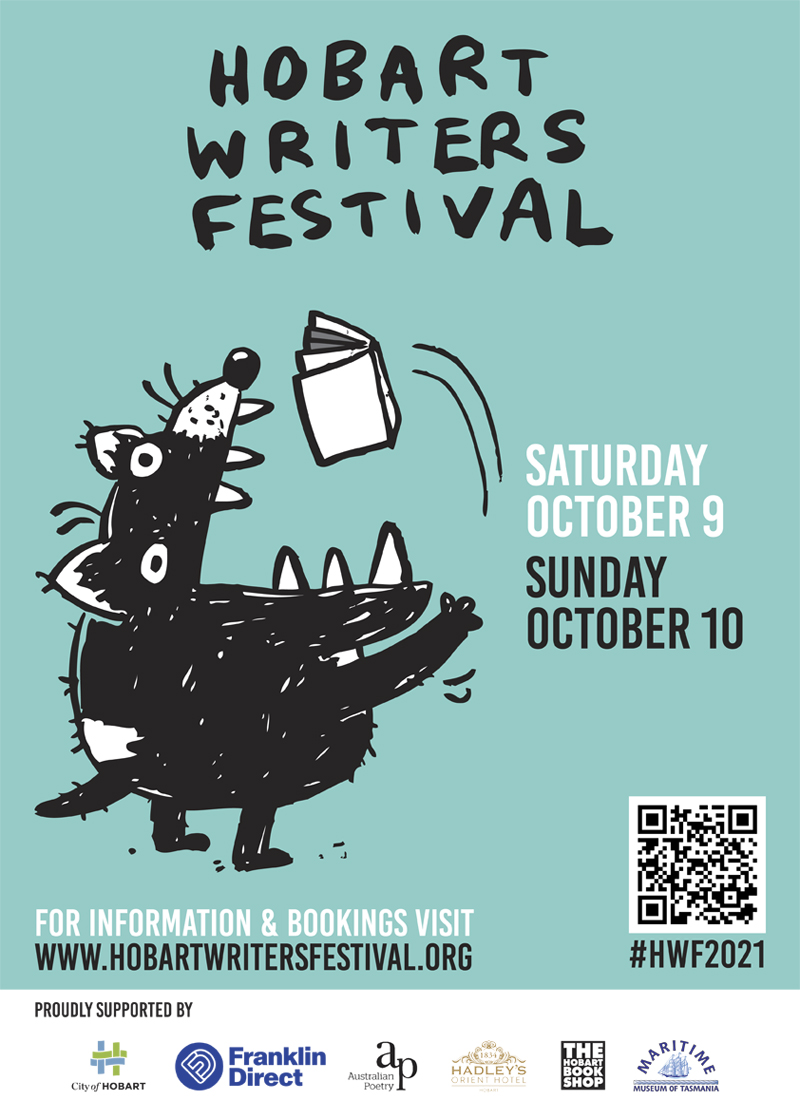 The Hobart Writers Festival will be on next weekend – 9th and 10th of October 2021. It has been keeping me very busy over the last few weeks, mostly on things like the website, ticketing and other marketing collateral, but what I’m happiest about is having facilitated several sessions that will bring some amazing writers, stories and poems to the Festival. You’re not supposed to have favourites, but here are my Festival picks:

There my ‘top three’ (or four) picks, for which I fully disclose my non-impartiality in having helped nudge them into being on Tassie the hungry devil’s Festival menu. In addition, a number of other sessions sound pretty interesting to me:

I hope you can make it to the Festival. It would be good to see you. We’ve been through traumas, but we also have much to celebrate. I’m anticipating a certain levity and lots to think about.